The Edmonton Ski Club: A Gem in Our Winter City

The Edmonton Ski Club (ESC) has been a landmark in the Edmonton urban area for over 100 years. Founded in 1911, the ESC was then situated amongst coal mines, lumber mills, brickyards and a few modest homes. In 1915, the river flooded and washed away most of this industry and many of the houses, but the giant wooden ski-jump at the ESC remained, marking the beginning of Edmonton’s river valley as a recreational destination. 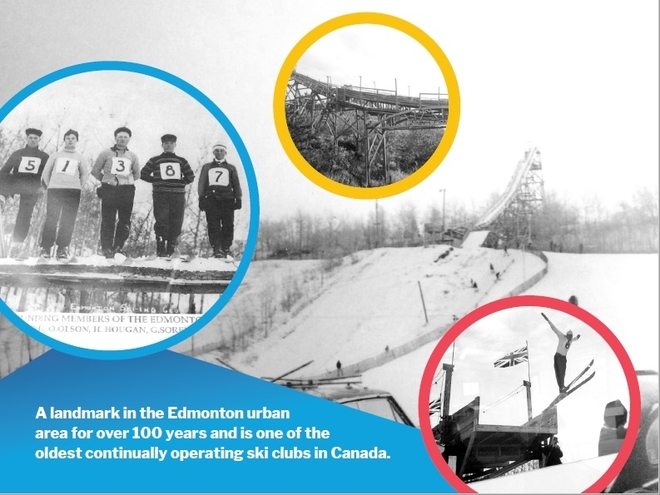 For decades, the ESC has been home to local ski clubs and groups in the city including the Edmonton Freestyle Ski Club, Edmonton Alpine Ski Racing Society and the Alberta Alpine Ski Association. Over the years, thousands of athletes, including professional skiers, snowboarders and medal-winning Olympians, have trained at the Edmonton Ski Club. 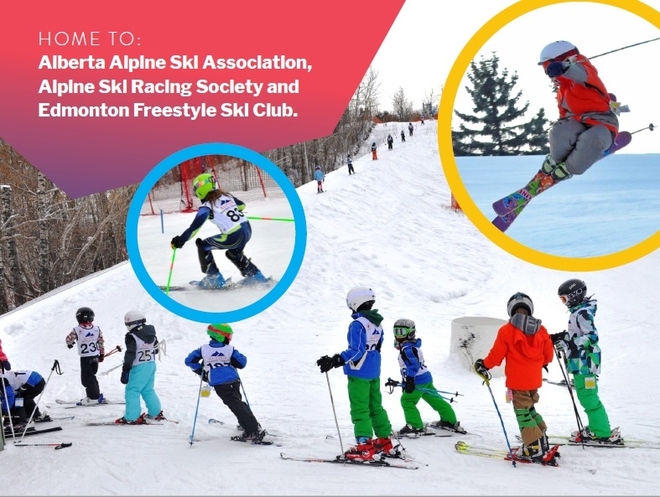 In recent years, the Edmonton Ski Club has seen more kids, more schools and more families learning how to ski and snowboard. Improved partnerships with local businesses, organizations and the community, combined with an amplified interest in winter recreation, have increased the use of this local ski area.

Last ski season, the ESC had more than four times the number of school group visitors compared to the season prior. 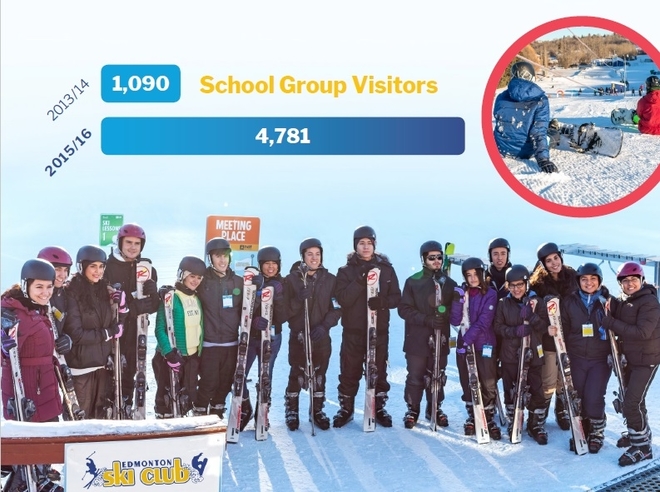 It is encouraging to see children and families spending time together outdoors, participating in a healthy, physical activity and truly embracing winter sports in Edmonton. 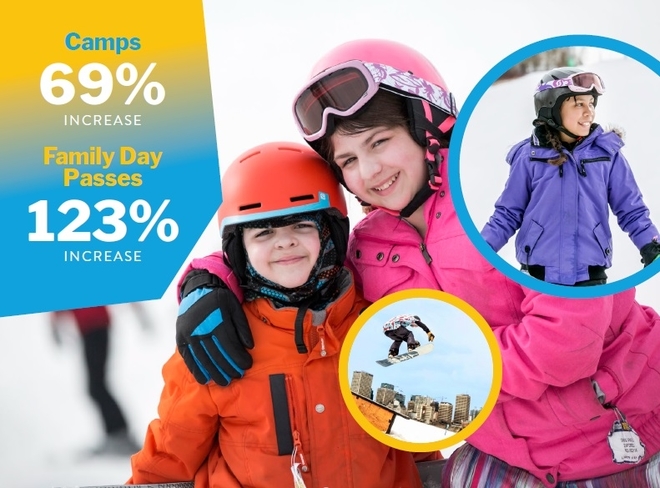 The ESC has partnered with Servus Credit Union and WinterCity Edmonton to offer Servus Free Ski Fridays on the first Friday of every month. By offering free lift tickets, this event has been a great opportunity for families and newcomers to Canada to try out skiing and snowboarding for the first time. In addition to the free lift tickets, the club offers $10 lessons as well as $10 equipment rentals.

Year over year, attendance to Servus Free Ski Fridays has increased. There has also been a 91% increase in ski and snowboard lessons and a 115% increase in equipment rentals on these days. This event has been successful in introducing and instilling a love for winter recreation in Edmonton! 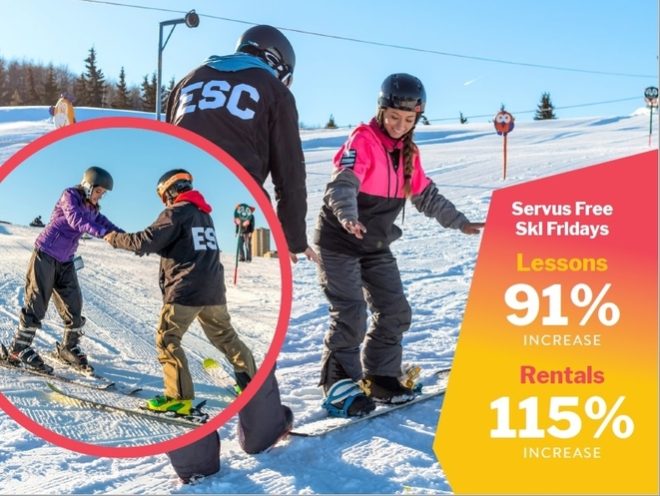 The exciting growth of Edmonton’s oldest ski club doesn’t stop there! The ESC has big plans to expand to an all-season, multipurpose outdoor recreation complex. The installment of the new LRT Valley Line will make the ESC the only full-service ski and snow-sport facility accessible by light rail transit in North America. This increased accessibility combined with high density development in the city’s core, and an exploding demand for year-round recreational amenities, will give the Edmonton Ski Club an opportunity to play a central role in the river valley’s cultural and recreational development. 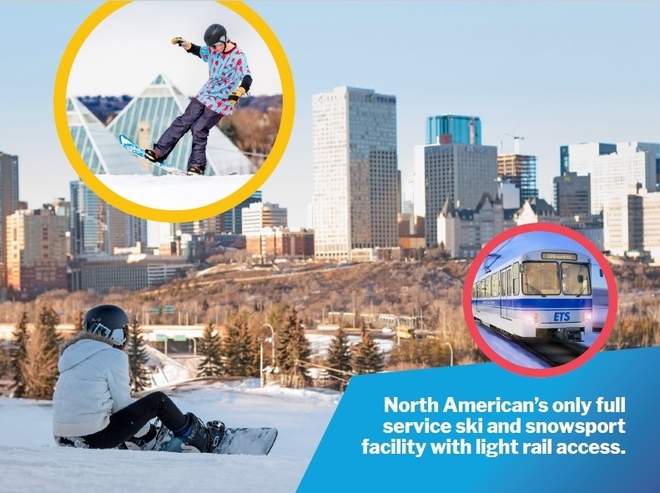 While the initial stages of these plans are still on the table, the ESC is working hard to make their existing facilities better. The clubhouse has been completely renovated with reclaimed wood, fresh paint, as well as an overhaul of the rental shop. Historic photos have also been hung on the walls throughout the building to remind visitors of the club’s long history in the city. Patrons will enjoy this open, old ski chalet atmosphere when they come in to warm up or to enjoy a healthy lunch from the new kitchen menu.

The ESC is pleased to offer unique ski and snowboard programs that appeal to every age and ability level. Among many others, their programs include lessons for kifd as young as three, a park-rider series for those who want to enhance their freestyle skills on the terrain park, and a popular after school drop-off program. This is a child-care alternative that provides supervised skiing and snowboarding for kids after school. 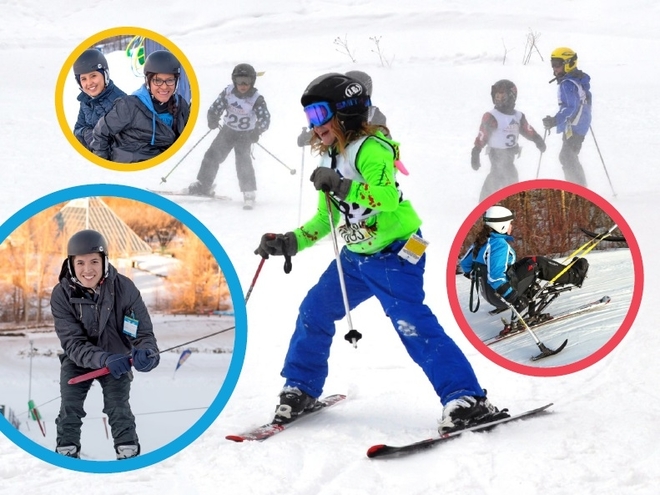 There’s lots to do at the Edmonton Ski Club and they are now open for the winter season!